René Kochman
Director of Media Technology FRED-TV and FRG-TV
René Kochman’s interest in the visual arts began at an early age with painting, still photography and film as his foundation. René attended the Buffalo School of Film Media (Buffalo University, SUNY) in 1975. René attended Trinity Pawling High School and then Hofstra University on Long Island. Majoring in Communication Arts with a minor in Philosophy he graduated in 1983. René is very active in sports, photography and has a diverse interest in music. René ran his own corporation for 5 years (themediaevent.com), an entertainment and multimedia group that had a strong client list. The TV Food Network, CBS, CNN, Johnson and Wales University have all been clients of René. René has also had the privilege of working directly with Emeril Legasse and Julia Child for various Food Network Programs.     Read more about René 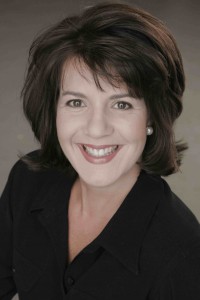 Pauline McGrath
General Manager/ Producer & Managing Instructor
Pauline  McGrath has been employed here since the fall of 2003. She received a BA in Communications from Westfield State College, an AA from Bristol Community College, and is a graduate of B.M.C. Durfee High School. She began her career in 1987 in modeling. While in college, Pauline held five internships; radio talk show host and producer of “Wellness Workshop” on WALE and WHTB; a news reporter and cameraperson for the local cable station in Fall River with Rene Kochman; a staff member in charge of Public Relations and Marketing for “Models & More” Talent agency in Springfield, MA; a Freelance On-Air Personality and crew member for location shoots with various production companies; and voice over talent for several freelance projects. Read More About Pauline 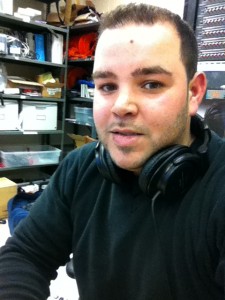 Michael Ferreira
Programming Manager
A product of FRED TV, Michael has gone on to furthering his industry knowledge at the New England Institute of Art in Brookline, MA and returned to FRED TV as an editor/equipment manager. In 2007, Michael became programming Manager.Michael handles a wide variety of tasks at the studio including producing various projects via shooting, editing and directing as well as sharing his knowledge with students and helping their academic growth in the industry. Read More About Michael 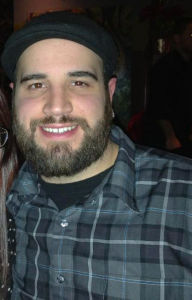 Alex Mello Webmaster /Technician
Alex is an alumni of the FRED TV program and a graduate of B.M.C. Durfee High school. Since graduating in 2005, Alex has received a Bachelor’s degree in Communications from Bridgewater State College, while working here at Fall River Educational Television. With a strong interest in television broadcast and engineering, Alex was part of the production of various types of programming showcasing his work as an editor, lighting technician, camera operator, and video / sound engineer. After receiving his degree, Alex took on the task of becoming webmaster and website designer for www.fredtv.us and www. frgtv.us..Read More About Alex 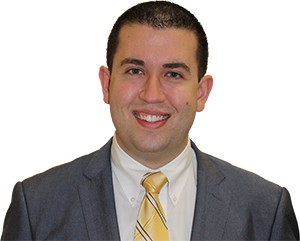 Evan Massoud
Sports Producer, Editor, & Broadcaster Evan Massoud’s career in television started as student in the FRED-TV program at B.M.C. Durfee High School. After realizing that TV was his niche, he decided to further his education in the industry by enrolling at Fitchburg State University, earning a Bachelor’s Degree in Communications/Media for Video Production.  Read More About Evan