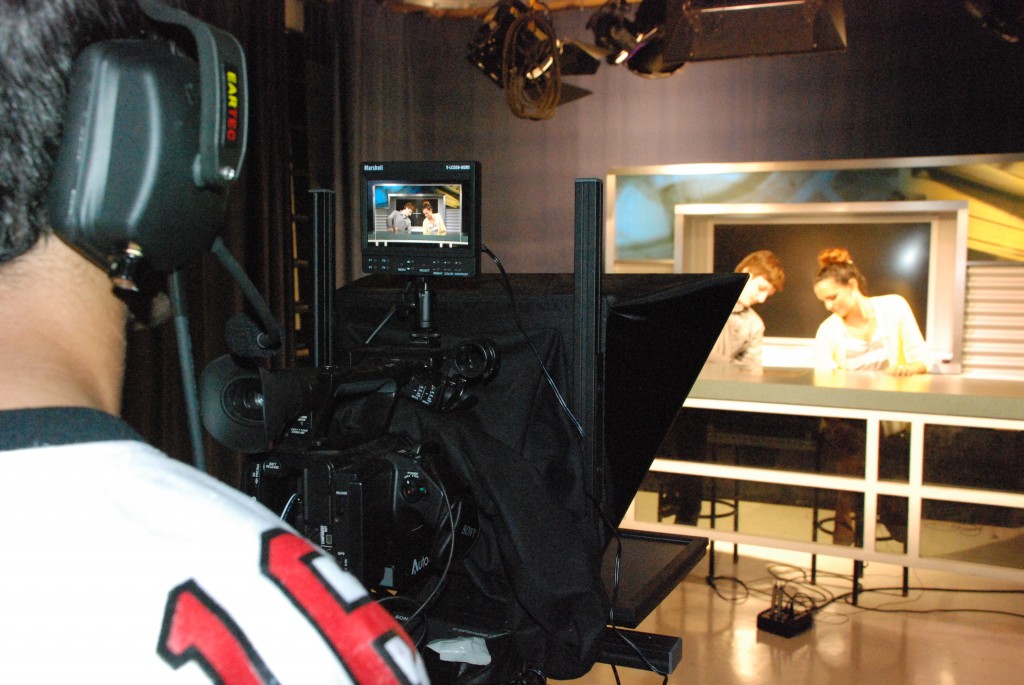 This course refines the multimedia production skills to prepare students for their future, with special concentration on the Broadcast Journalism Industry.  Students are responsible for, and will learn how to put together an actual television newscast.  We will take students through the pre-production stages of news, which include research, broadcast scriptwriting, and producing; the “production” stage of news which includes filming using state-of-the-art Sony HD cameras, and editing using Final Cut Pro software for Mac; then complete the final stage of news, which is the actual newscast in our television studio. Here students will be taught how to Direct, Produce, operate in-studio cameras, adjust lighting, record audio, operate a teleprompter and perform as a News Anchor. Students will also work in groups on producing documentaries and how to compare the two types of news.